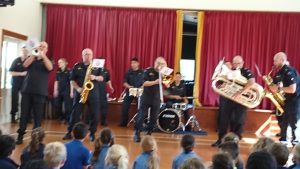 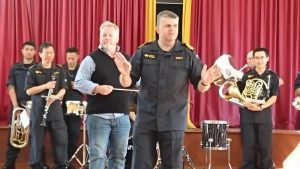 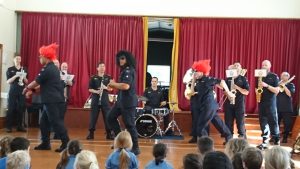 The Royal New Zealand Navy band visited St Leo’s today and what a fantastic show they performed for us.  They began with the Star Wars theme then when they played the ‘Let it go’ song lots of children broke out in song spontaneously.  They clapped, sang the songs they knew and joined along in movement actions.  Some lucky children won prizes.  Then to top it off Mr M became the conductor and Mr Rae played the cymbals.  We thank them very much for coming along to entertain us.  Here are a few clips and photos of their performance.  Check out Mr M the conductor and Mr Rae on the cymbals.

About the Author: Maureen Harris

Search for an Author